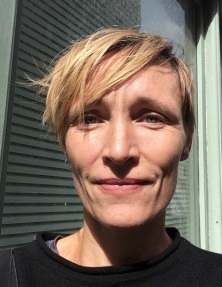 Biography: Amelie Björck is a senior lecturer of Comparative Literature and Drama at Södertörn university, Sweden. Her previous animal studies research has concerned apes and monkeys in Northern European literature after Darwin. Her most recent project focuses on narrative temporality (linear/queer) as decisive for the life and agency of farmed animals in different forms of literature and art. The book Zooësis. On the lives and times of farmed animals in the arts appeared in Swedish spring 2019, transl. upcoming. In 2018 Björck co-founded the Ratatǫskr Research Group for Literary Animal Studies at Södertörn university. 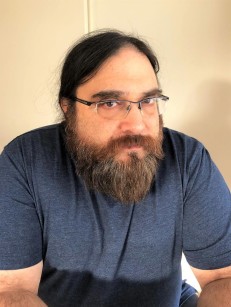 Biography: Rick De Vos is an adjunct research fellow in the Centre for Culture and Technology at Curtin University, conducting research in the area of anthropogenic extinction, particularly in terms of its cultural significance and the way that extinction is articulated and practiced. He has published essays in Knowing Animals (2007), Animal Death (2013), Extinction Studies: Stories of Time, Death and Generations (2017), The Edinburgh Companion to Animal Studies (2018), and in Animal StudiesJournal (2014-2017).

Paper Title: “Into the Dark, We Are Moths”: Reading Animals, Centering Whakapapa in Māori Writing in English 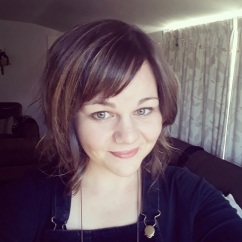 Biography: Kirsty Dunn (Te Aupouri, Te Rarawa) is a PhD candidate and creative writer based at the University of Canterbury. She completed her Master’s thesis Inherit the World, Devour the Earth: Representations of Western Meat Production and Consumption in Contemporary Fiction at the University of Canterbury in 2015, and her doctoral thesis analyses, from a kaupapa Māori perspective, representations of animals and human-animal relationships in Māori writing in English; she has also completed research projects regarding Māori perspectives on veganism and plant-based kai and is interested indigenous food sovereignty and food decolonization. Kirsty’s creative works have been published in Huia Short Stories 10, Headland Journal, Popshot Magazine, and Blackmail Press.

Biography: Heather Fraser is an Associate Professor in Social Science in the School of Public Health and Social Work at Queensland University of Technology (Brisbane). She is a critical social worker and vegan feminist who has been teaching social work students for over 25 years. Heather’s research interests, while varied, all centre on questions of privilege and oppression, and in the last seven years she has been working on projects relating to human-animal relationships and interactions. Heather has written four books, including Neoliberalization, Universities and the Public Intellectual: Species, Gender and Class and the Production of Knowledge (with Nik Taylor, 2016) and Understanding Violence and Abuse: An Anti-Oppressive Practice Perspective (with Kate Seymour, 2017). 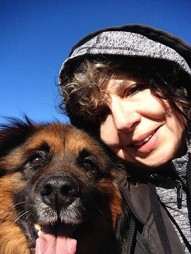 Biography: Carol Gigliotti is an author, artist, and scholar whose work focuses on the impact of new technologies on animals and their lives. She is professor emeritus of Design and Dynamic Media at Emily Carr University of Design, Vancouver, BC. Her newest work challenges the current assumptions of creativity offering a more comprehensive understanding through recognizing animal creativity, cognition, consciousness, and agency. She is the editor of the book, Leonardo’s Choice: Genetic Technologies and Animals and the author of numerous book chapters and journal essays on these topics. Her book The Creative Lives of Animals is forthcoming.

Biography: Christian is an animal rights and environmental activist, originally from Kaikohe but currently living in Auckland. He is a member of Auckland Vegan Actions, Auckland Animal Save and volunteers for various groups including SAFE, Anonymous for the Voiceless and others. He has experience working in Maori health, as the previous Community Youth Champion for Te Hau Ora O Ngapuhi where he worked with youth and community groups in Kaikohe for 7 years. Christian is a previous world champion for street unicycling and when he’s not protesting, attending meetings or helping with campaigns you’ll either find him at the local skatepark or spending time with his partner and their doggy Riften.

Biography: Terry Hurtado is a long term activist on animal rights, environmental issues, and solidarity with indigenous autonomy, based in Cali, Colombia. He holds an MSc in Holistic Science, is a board member of ICAS, and the Federación de Liberación Animal (Colombia). He is a member of the International Anti-bullfighting Network, and the Human Rights Committee of Cali. He has undertaken research on ethnomathematics and water footprints, and he is currently researching animals in warfare and peace building in the context of the Colombian conflict. He is also interested in anarchism, social ecology and deep ecology.

Biography: Witi Ihimaera was the first Māori to publish a novel, Tangi, in 1973. His best-known novel, The Whale Rider, became an internationally acclaimed film in 2002. Today he is one of New Zealand’s leading writers with 14 novels, 7 story collections, 3 plays and 4 film adaptations to his credit. Recent awards include the Ockham Award for his memoir, Maori Boy: A Memoir of Childhood, in 2016, and for his play All Our Sons, which won six Wellington theatre awards. He was a member of the international faculty at the Banff Center, and in 2017 was awarded the New Zealand Prime Minister’s Award for Fiction and the French Order of Arts and Letters for his contribution to indigenous literature. A second volume of memoir, Native Son: The Writer’s Memoir, will be published in September 2019.

Paper Title: Birds Beyond Words: Fantastic Animals and Other Flights of Imagination 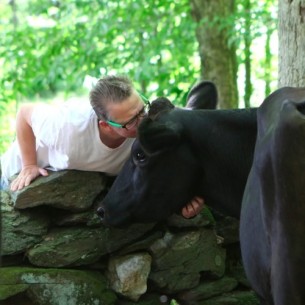 Biography: pattrice jones is an ecofeminist writer, educator, and activist. She is the co-founder of VINE Sanctuary in Springfield, Vermont, an LGBTQ-run farmed animal sanctuary.

Biography: Alphonso Lingis is an American philosopher, writer and translator, currently Professor Emeritus of Philosophy at Pennsylvania State University. His areas of specialization include phenomenology, existentialism, modern philosophy, and ethics. Lingis is also known as a photographer, and he complements the philosophical themes of many of his books with his own photography.

Biography: Ann-Sofie Lönngren is an associate professor and senior lecturer in literature at Södertörn University in Stockholm, Sweden. Her research interests include Northern-European 20th century literature, literary animal studies, ethics, and queer theory. Her most recent book is Following the Animal. Power, Agency, and Human-Animal Transformations in Modern, Northern-European Literature (Cambridge Scholars Publishing, 2015). Since 2016 she has been an affiliated member of the New Zealand Centre for Human-Animal Studies, and in 2018 she co-founded the Ratatǫskr Research Group for Literary Animal Studies at Södertörn University. 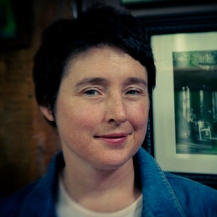 Biography: Susan McHugh, Professor of English at the University of New England, researches and teaches literary, visual, and scientific narratives of cross-species relations. Her monographs include Animal Stories: Narrating across Species Lines (2011) and Love in a Time of Slaughters: Human-Animal Stories Against Genocide and Extinction (2019). She has co-edited several projects, most recently Indigenous Creatures, Native Knowledges, and the Arts: Animal Studies in Modern Worlds (2017) with Wendy Woodward, and Taxidermic Forms and Fictions (2019) with Sarah Bezan. She co-edits the book series Palgrave Studies in Animals and Literature, and serves as Managing Editor of the Humanities for Society & Animals. She lives and works at the edge of the Great North Woods in Maine, USA.

Biography: Philip McKibbin is an independent writer of Pākehā and Māori (Ngāi Tahu) descent. He has written for the Guardian, Renegade Inc, and Takahē. He holds a Master of Arts in Philosophy from The University of Auckland, and a Diploma in Te Pīnakitanga ki te Reo Kairangi (Māori Language Excellence) from Te Wānanga o Aotearoa. He first wrote about the Politics of Love in 2015, with his friend and fellow New Zealander Max Harris, and in December 2018, they hosted “The Politics of Love: A Conference” at All Souls College, Oxford. His forthcoming book, Love Notes: for a Politics of Love, will be published by Lantern Books. www.philip-mckibbin.com 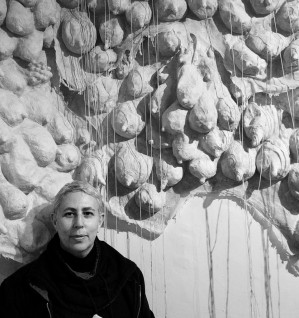 Biography: Dr lynn mowson is a sculptor whose practice is driven by the entangled relationships between human and non-human animals, in particular agricultural animals and the biotech industries. Her sculptural research has been featured the books The Art of the Animal, Lantern Press, 2015, Carol J. Adams’ Neither Man nor Beast, Bloomsbury, 2018, Animaladies, Bloomsbury Press, 2018.  She has exhibited widely in Australia, and her artwork was included in SPOM: Sexual Politics of Meat at The Animal Museum, LA, in 2017.  lynn is currently Vice-Chair of the Australasian Animal Studies Association, and Research Assistant and Committee Member for the Human Rights and Animal Ethics Research Network.  Further information about her artwork and research can be found at her blog: www.lynnmowson.com 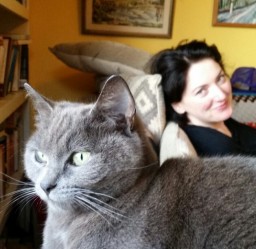 Biography: Angela Singer is an artist and animal advocate. She has explored the human-animal relationship since the mid-1990s. She is concerned with the ethical and epistemological consequences of humans using nonhuman life, and the role that humans play in the exploitation and destruction of animals and our environment. Her artwork has featured in a number of books and has been included in recent exhibitions Curious Creatures & Marvellous Monsters. Museum of New Zealand Te Papa Tongarewa, Wellington, NZ (2018); The Sexual Politics of Meat, The Animal Museum, Los Angeles, USA (2017); Dead Animals, or the Curious Occurrence of Taxidermy in Contemporary Art, David Winton Bell Gallery, List Art Center, Providence, Rhode Island, USA (2016).

Biography: Nik Taylor is a critical and public sociologist whose research focuses on mechanisms of power and marginalisation expressed in/through human relations with other species and is informed by critical/ intersectional feminism. Nik currently teaches topics in the Human Services and Social Work program at the University of Canterbury, New Zealand, that focus on human-animal violence links; scholar-advocacy; social change, and crime and deviance, particularly domestic violence and animal abuse.  Nik’s latest books include Companion Animals and Domestic Violence: Rescuing You, Rescuing Me (Palgrave, 2019, with Heather Fraser) and Ethnography after Humanism Power, Politics and Method in Multi-Species Research (Palgrave 2017, with Lindsay Hamilton). 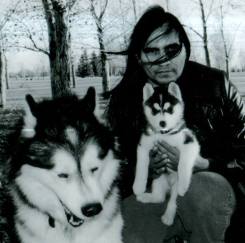 Biography: Gerardo Tristan/ Wotko, is a Nahuatl, antispeciesist, queer activist and community organizer from Monterrey, Mexico with over 30 years of experience working on a wide range of social issue such as indigenous/lgbtq /animal rights and food justice. From working as a coordinator of an international students group volunteering in the mountains of central Mexico helping indigenous coffee cooperatives in the summer of 2002 to being a collaborator at the Zapatista (EZLN) peace talk process during the spring of 1994, Gerardo has always been involved in vital issues in his country. In the fall of 2015 Gerardo founded Faunaccion in CDMX. The group’s mission is to empower activists and agents of change by providing them with education and relevant tools for their activism and to work with Mexican Institutions. Currently he is working on two food justice projects: El Molcajete,  Faunaccion’s food education program on wheels in Central Mexico and The Chestnut Tree Reclamation Project in TN, USA. Gerardo is married to scholar/musician Craig Womack. They live in Atlanta, GA with their furry rescued babies, Colawa and Emiliano.

Paper Title: Engaging and Enraging in the Anthropocene: An Indigenous Perspective 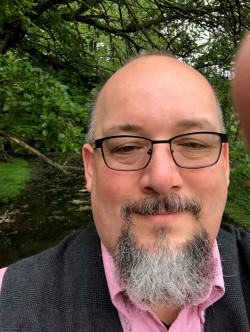 Biography: Kevin J. White (Mohawk) is an Associate Professor, and the Director of the Native American and American Studies Programs, at the State University of New York College at Oswego.  White’s research interests include the Haudenosaunee Creation narratives, traditional Indigenous epistemologies and methodologies, particularly of Haudenosaunee culture. White has a forthcoming (December 2018) article in Special Edition of AlterNative journal, titled: ‘Adoptions, Incorporation, and a sense of Citizenship and Belonging in Indigenous Nations and Cultures: A Haudenosaunee Perspective’.  White has also participated in Being Human in the Age of Humans: Perspectives from Religion and Ethics project; a collaboration of the University of Michigan, University of Indianapolis, and Notre Dame University on the Anthropocene.